Womin and TCOE Social Thematic Forum on “Mining and Extractivism” 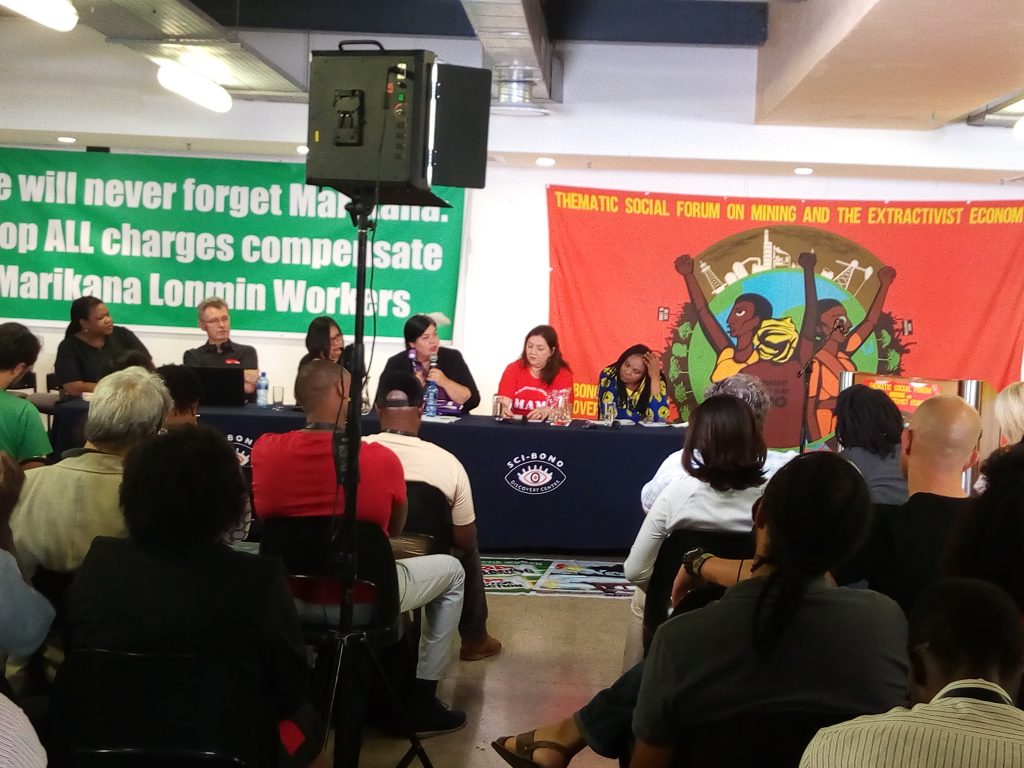 From 12 to 15 November 2018 was held in Johannesburg, in South Africa, the first Social Thematic Forum on the topic: “Mining Industry and Extractivism”. This Forum organized by Trust for Community Outreach and Education (TCOE) and Womin brought together nearly 200 participants from 50 countries in Africa, Europe, America and the Caribbean. They were able to discuss the impact of mines on local communities and on women’s rights. The activities took place in plenary sessions and thematic reflection groups.

This Social Thematic Forum aimed to “plan and organize the struggles of different movements and organizations of civil society against the effects of capitalism including mining.” Indeed, for several decades, there has been a proliferation of mines that are and affects the rights of local communities and specifically the rights of women. The state of the art on the consequences of the extractive industries shows an alarming state.

There is an increase in the level of poverty and the unemployment rate in the communities. Most of these communities lived on agriculture and traditional exploitation of forest and fishery resources. But with the installation of the mines, these populations are dispossessed of their lands, and not having the necessary qualifications they find themselves without jobs and without source of income to provide for their needs. The populations do not benefit from the fallout of these mines because the promoters make no investment for the benefit of the populations.

There is also an increase in diseases in the areas of exploitation. The emanations from these mines affect the health of the communities bordering the mine. There is a growing number of cases of diseases affecting populations that can not afford to protect themselves sufficiently from these emissions or to settle far from these polluted areas.

The most affected by the effects of the extractive industries are women and they decided to organize themselves in movement “Our right to say No”. This movement extends beyond South African borders and reaches other communities in Asia, Africa, South America. By this movement women claim by right to be able to express themselves freely and respect for their fundamental rights. Exchanges show that the fight must continue and intensify to say no to mining because it does not meet a substantial need of the people. This fight must be united and global. We must also recognize women “the right to say no”. As a result, it is the patriarchal system that needs to be challenged so that women have more power in the various negotiations and decision-making.

Mining must stop, as well as the illicit financial flows that help fuel these industries. For this, advocacy will be done at the UN level to adopt a text imposing a threshold for mining in countries.

In addition, a day of action will be initiated from next year. The month of November was chosen for this but the day is not yet specified.

A communication system is needed to share real-time information and mapping of organizations and movements struggling for change as well as extractive companies that need to be tackled.

At the end of the Forum, a Declaration was adopted as well as an action plan proposing a common strategy of struggle. The second edition of the Forum is scheduled for 2019 in another country to be chosen later.